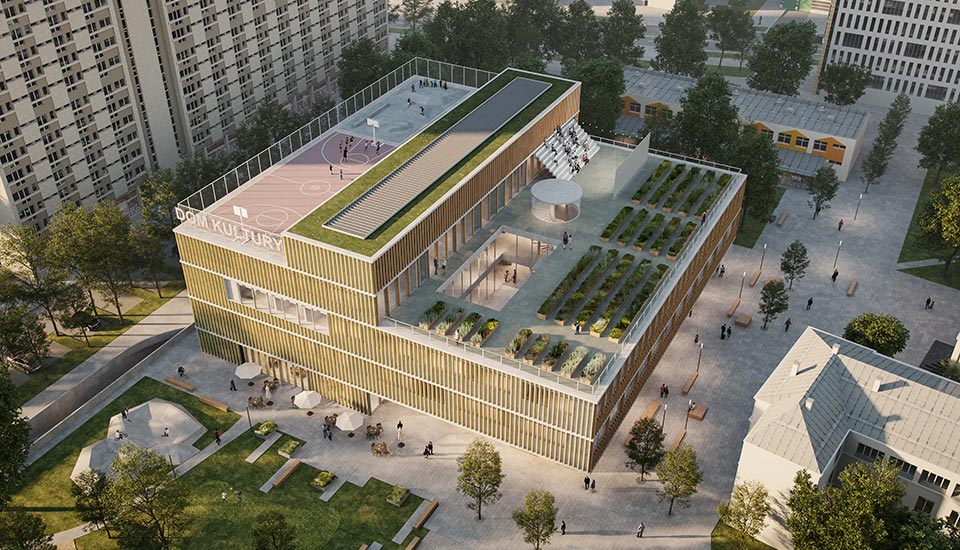 „Creative Twarda” Cultural Centre will be located in the center of Warsaw in built-quarteer between Twarda Street, Grzybowska Street, Jana Pawła’s Avenue. Investment plot is adjacent to Nozykow’s Synagogue, the only synagogue in Warsaw which had not been demolished during Second World War. A junior high school and 16-storey residential building “Behind the iron gate” were built in the 1960s and 1970s according to new modernist concept- loose standing buildings among greenery without respecting the old urban structure. Over the years, the area of this quarter slowly thickened. Since 1990s, around the plot of this investment, were built over 100 meter-high skyscrapers like Spectrum Tower, Cosmopolitan and Q22.

Nowadays the space of this built-quarter seems to be chaotic and disordered, but in our opinion it is a positive aspect. This space fully reflects what a city is- a living organism which is constantly changing over the centuries.

By joining the competition, we faced the dilemma whether the new building should recreate old urban layout or rather changes as other building around did. We chose the second way- decided to add another modern element to the ”urban puzzle of Warsaw”. We offered a building adapted to the scale of the synagogue and “white building”, located among already existing greenery on the background of modern skyscrapers.

It was important to recreate the historical spatial arrangement in the form of a square in front of the synagogue connected by a passage with a new square created on the south of the building. 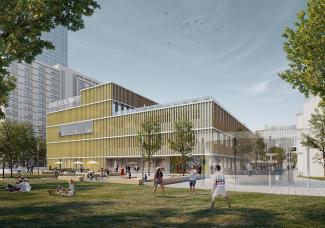 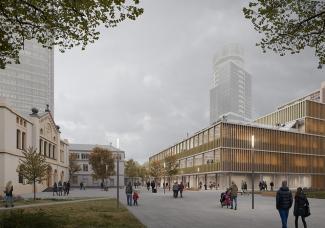 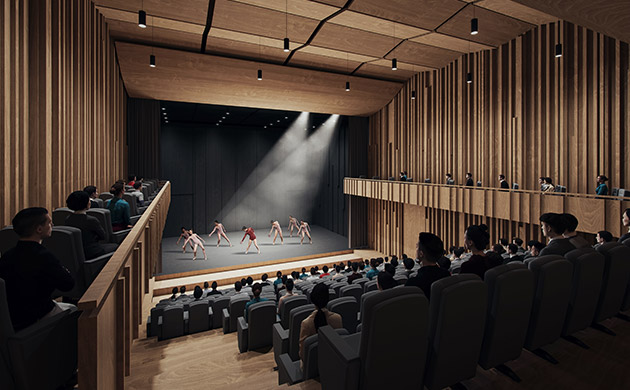 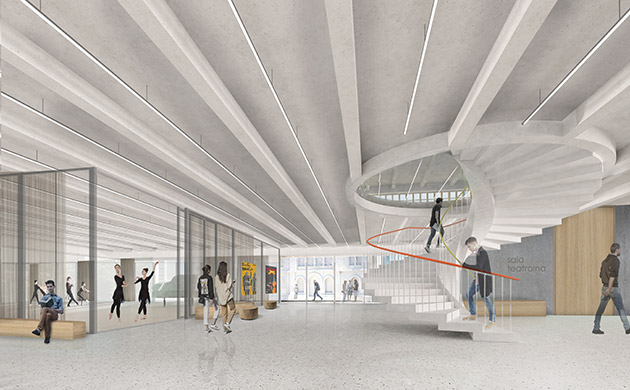