The gastronomic complex "Zodiak" ,designed by Jan Bogusławski and Bohdan Gniewiewski in 1968, consisted of a 2-storey  gastronomic building and a one-story pavilion with a café terrace on the roof with a characteristic reinforced concrete pergola. Our task was to revitalize the pavilion , which fell into a ruin, because of lack of use for many years. In the 1990’s, during a renovation of the main building, the concrete pergola, with the characteristic neon and mosaic of Maria Leszczyńska, the external stairs and the fountain were demolished.

According to the Investor, a new pavilion was to be adapted as a curtural space and overbuilt by one storey, ultimately containing the SARP headquater on the ground floor and in the underground and the Economic Development Office on the first floor. The aim was to promote City of Warsaw as well as Architecture.

The main design goal was to preserve the original character of the building- light pavilion made of concrete with the pergola, slender pillars, transparent facade and artistic mozaic.  The main difficulty was maintaining these ideas and connecting them with Investors assumptions - initially 300 and  finally 250 people, which  requires a large number of installations for such a small, fully glazed building.

In the first concept, the installation office proposed about 50 ceiling fan coils units on each storey. In the end we managed to find an untypical solution- placing ventilation ducts, fan coils units and other installations in the space of raised floor.  This idea allowed to maintain the character of the exposed pergola, which took the form of a ribbed reinforced concrete ceiling in the space of the first storey.

The characteristic ‘Zodiak’ neon was recreated by the workshop of Jacek Hanak, who was responsible for the renovation of the original neon from the 1960s. Mosaic ‘Kosmos’, designed by Magdalena Łapińska-Rozenbaum, placed on the wall of a staircase, was partly made of the original glass mosaic of Maria Leszczyńska. 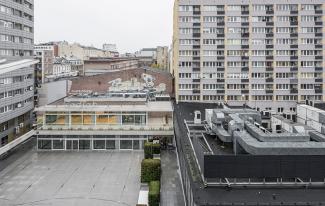 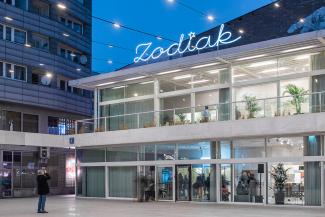 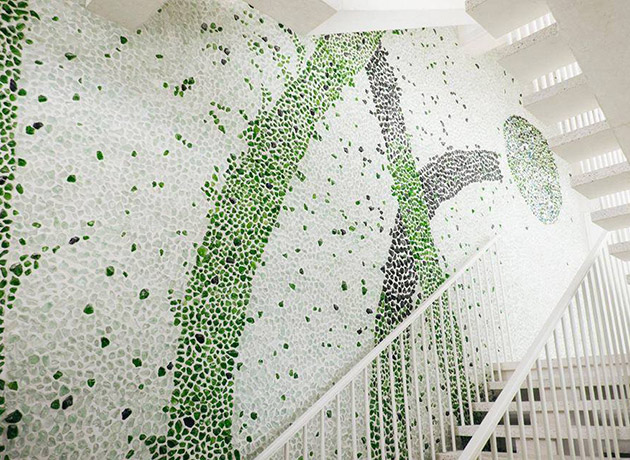 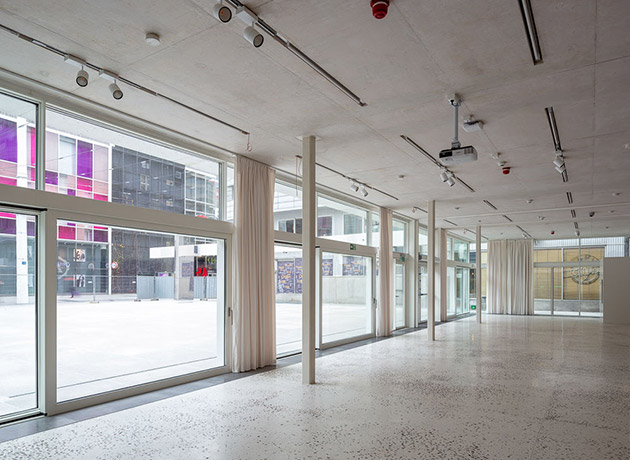