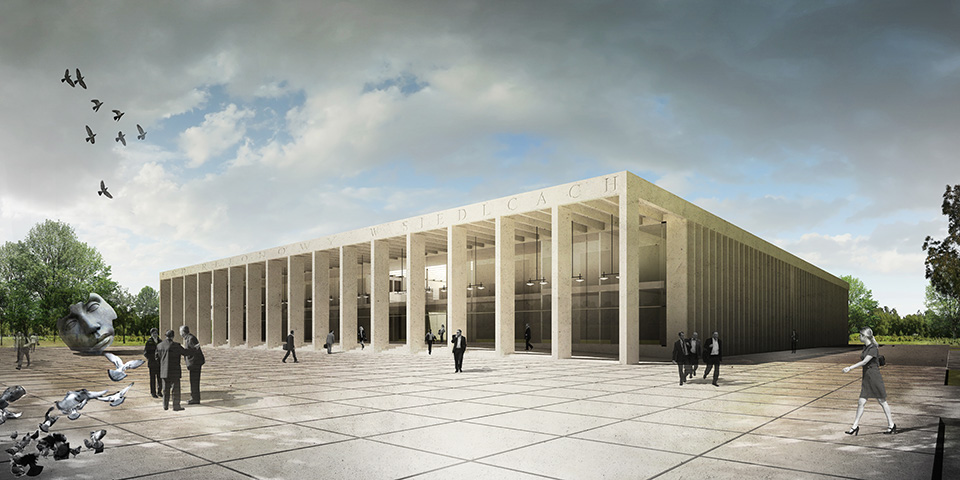 Architectural form of the designed building is a result of the analysis of the location, function and a possibility of introducing new spatial quality in this area. A new headquarters of a District Court was located on the suburbs in between two different zones: single-family housing and service buildings.

The aim of the designed two-storey building on a square plan, was to organize the existing surrounding. Two level main hall, which is a central part of the building opens to internal, green patios.

Classic architectural and urban elements as a square before building, pillars and cornices are emphasizing the range of the building. The facade was designed with economical and elegant materials- glass and concrete. The structure, facade and internal communication is module-based, which clarifying an architectural form and functional layout. The project basing on module allows the use of concrete prefabricated facade elements. 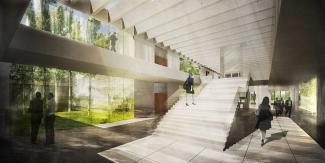 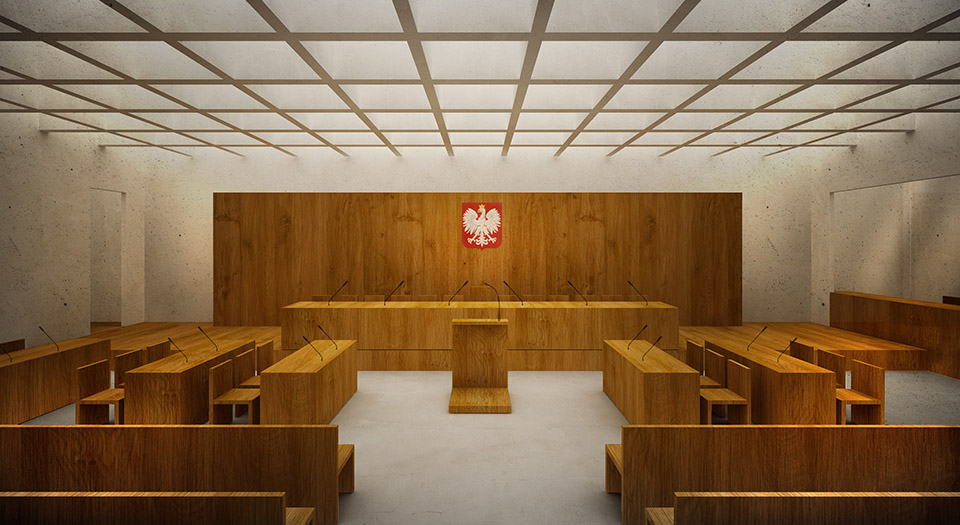 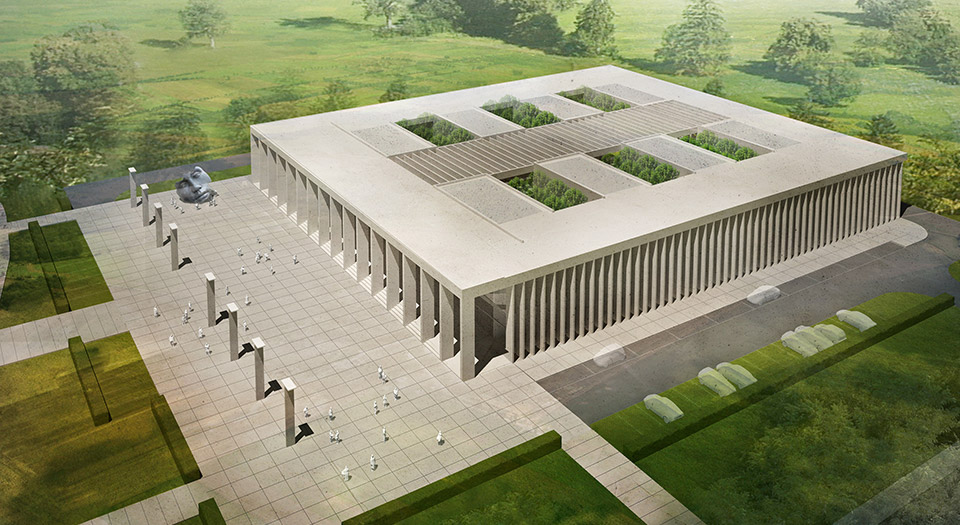